In a recent interview with Josephine Smit from Placemaking Resource, Deetu Associate Director Josh Dickerson talks alongside Proctor and Matthews Director, Andrew Matthews about how they are helping to co-design a Nottingham neighbourhood through digital community engagement. 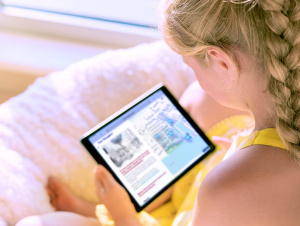 Developer Blueprint, a public private joint venture between Nottingham City Council and PFP Capital and managed by igloo Regeneration, is bringing forward some 200 homes at Trent Basin as part of the City’s wider Waterside regeneration area, shaped by the local community through the use of an innovative digital approach.

This digital-first approach has given local people an opportunity to ultimately influence the design of the planned neighbourhood, through their responses to online consultation surveys. Josh Dickerson said:

Part of the challenge with co-designing, is bringing the public up to speed with what’s happened so far. We were able to turn three years of work into something that the public could digest in two minutes.

Their views and ideas have fed into a series of design reviews with the project team as well as the pre-application dialogue with stakeholders. Dickerson adds:

The surveys were less about getting public support and more about influencing the design.

Views were sought on such questions as public willingness to walk from car park to home, which earned the support of around 90 percent of respondents. Influenced by this, the design team explored the potential to locate parking in a barn around five minutes’ walk from front doors. Providing confidence for the design team that this approach to parking would work.

The public’s feedback has also led to the design team updating and evolving the masterplan, such as increasing the amount of green space provided. Andrew expressed:

Our practice’s first use of this approach has been an eye-opener, it’s clear to see its potential to help deliver on the aspirations of the National Planning Policy Framework (NPPF).

This method shows that you can empower the application by presenting a scheme in a much better light. There is less Nimbyism and the ability to see community buy-in should help planning committees.

You can read the engaging with the community to design a neighbourhood article on Placemaking Resource.

What’s the difference between vernacular and a funicular?

Too often, there are “the professionals” and then “the community” – Reflections from the Festival of Place